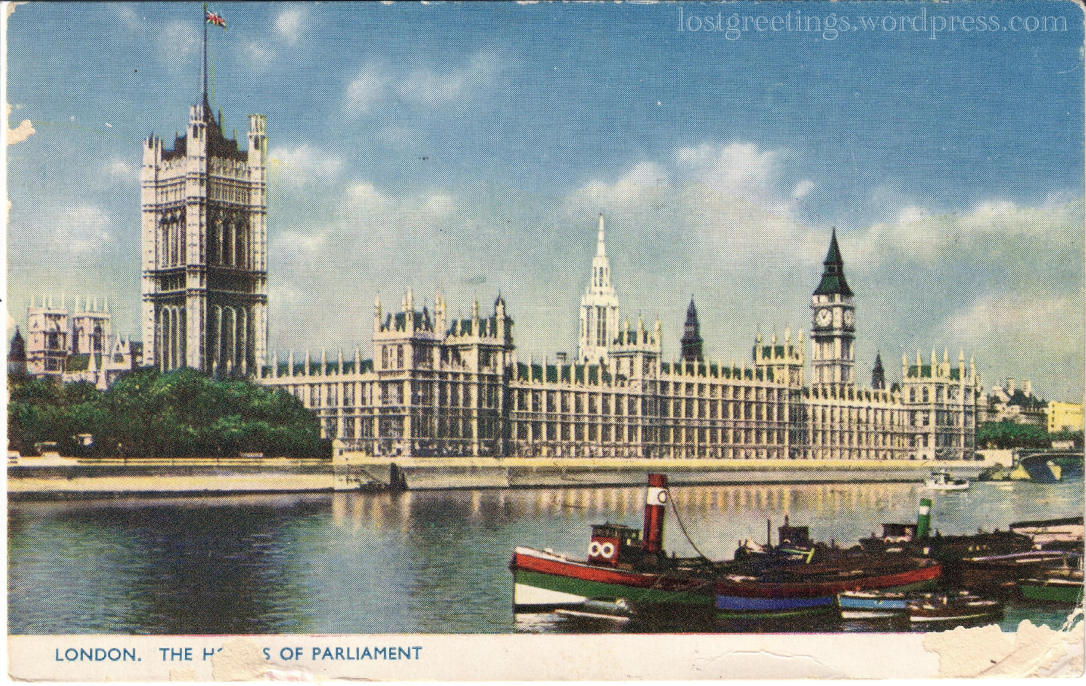 The postmark caught my eye on this one. Ray sent this card from a military post office, presumably RAF Lakenheath (APO 09179). It’s a military post mark, which reads: “U.S. Army Air Force Postal Service,” and apparently was still being used long after the separate “U.S. Air Force” was created in 1947. The U.S. Air Force, to this day, maintains a presence at RAF Lakenheath (http://www.lakenheath.af.mil/).

I got your clock shiped it about 3 weeks ago. You should get it sometime next month. It is insured in case anything is broken.

Image: London, The Houses of Parliament