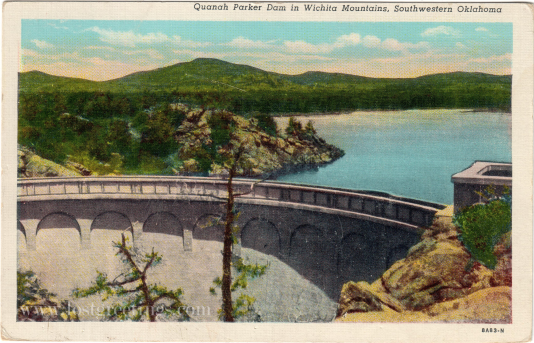 This post card was sent by a Navy service member stationed in Norman, Oklahoma, and depicts the hydroelectric Quanah Parker Dam to the West in what is now Wichita Mountains Wildlife Refuge. Perhaps the sender, Russell, found time for a weekend trip to this scenic part of the state during a reprieve from his hospital duties in 1944. END_OF_DOCUMENT_TOKEN_TO_BE_REPLACED